Mr. Daisuke Asano, Director of the Web 3.0 Policy Promotion Office, Minister’s Secretariat, Ministry of Economy, Trade and Industry (METI), and Mr. Masaaki Taira, a member of the House of Representatives (Chairperson of the Web3 Project Team (PT) of the Liberal Democratic Party), visited the booth. 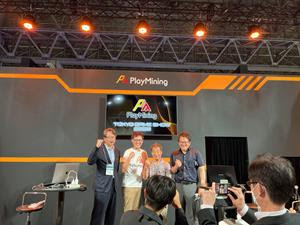 On TGS Business Days (Sept. 15 and 16), the booth was visited by Daisuke Asano, Director of the Web 3.0 Policy Promotion Office, Minister’s Secretariat, Ministry of Economy, Trade and Industry (METI); Masaaki Taira, a member of the House of Representatives from the governing party (LDP), a Chairperson of LDP Web3 Project Team, Director General of Information Research Bureau and Director General of Internet Media Bureau; Taisuke Ono, a member of the House of Representatives from the opposition party (the Japan Innovation Party), former vice governor of Kumamoto Prefecture and a candidate for the 2020 Tokyo gubernatorial election; and Yuichi Mayam, a former member of the House of Councilors from the opposition party (the Constitutional Democratic Party of Japan) and a former news anchor and a chairperson of the news commentary for NTV, to observe the event. This symbolizes the recognition by key people for Web3 policy within the national strategy both in the national government and the governing and opposition parties.

This was the first time for DEA to exhibit at an offline booth, holding a variety of events, including test-playing of the latest NFT games, distribution of original NFTs commemorating the TGS 2022 exhibit, a giant raffle with NFTs as prizes, and user-participatory stage events. And on public days (Sept. 17 and 18), the booth was filled with a large number of interested visitors.

DEA will continue to challenge various possibilities from its base in Singapore, aiming to be the World’s No.1 in Web3 Entertainment business and to lead the world’s GameFi companies.

“TGS 2022, the first offline TGS in three years, was a bustling and very lively event, and it was also an epoch-making event in the history of Japanese gaming in that for the first time ever, there were multiple booths of NFT games.

“We are once again sobered by PlayMining’s responsibility to lead the global NFT game as a Japanese-owned project. PlayMining will launch five new games this year. We are aiming for mass adoption as a ‘Play to Earn game that you can actually hold in your hands’ and will also passionately convey to everyone the ‘essence of NFT games’ and ‘potential of Play to Earn’, which are still lacking in discussion and understanding around the world.”

DEA, a global GameFi and meta verse platform business, was founded in Singapore in August 2018 and is developing “JobTribes”, a Play to Earn game, “PlayMining NFT”, an NFT marketplace and “PlayMining Verse”, a meta verse project. As a leading Web3 Entertainment company in the world of “GameFi2.0”, focusing on the entertainment experience, we aim to realize a world where “enjoyment turns into value” by utilizing blockchain technology. 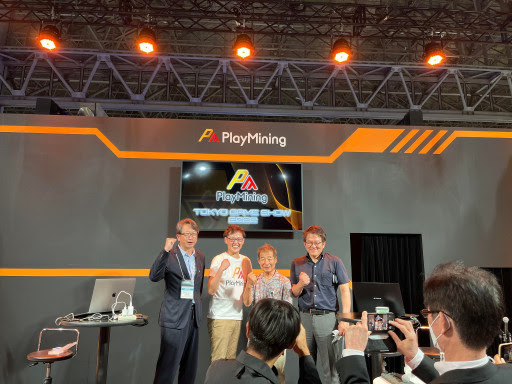