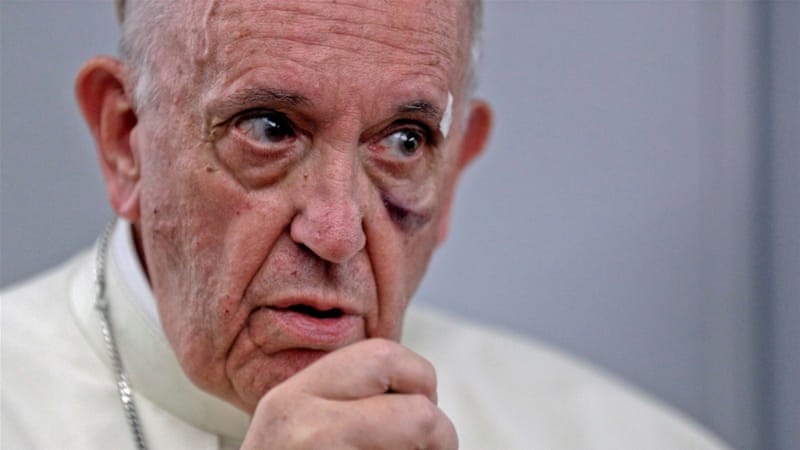 Leading figures in the Catholic Church and international politics have advised Pope Francis not to use the term Rohingya during a trip to Myanmar due to political sensitivities but human rights groups want him to uphold international law on self-identity.

Hundreds of thousands of Muslim Rohingya have fled Myanmar following a military crackdown that the United Nations has described as ethnic cleansing. Majority Buddhist Myanmar rejects the term Rohingya and does not recognize them as citizens nor as an ethnic group in its own right.

In the run-up to his Nov. 27- Dec. 2 trip to Myanmar and Bangladesh, several high-profile figures including former U.N. Secretary General Kofi Annan and Myanmar Cardinal Charles Maung Bo have indicated he should not use the term Rohingya.

The pope, a less predictable figure than his predecessor who has overruled advisors in the past, has used the term Rohingya before, and it is widely employed by international institutions such as the United Nations and governments including the United States.

The Vatican, which does not make comments on papal speeches ahead of trips, would not say if Francis might heed the advice and use a term like “Muslims in Rakhine State”. Roman Catholics make up a tiny minority in Myanmar.

Francis, a strong defender of human rights and migrants, has spoken earlier this year of “the persecution of our Rohingya brothers and sisters” and has defended their right to “live their culture and Muslim faith”.

This month Annan met the pope along with three other members of “The Elders” group of veteran statesmen and women and later hinted strongly that he believed the pope should not say Rohingya.

Annan, a Nobel Peace Prize winner and author of an advisory commission report on Rakhine State given to the Yangon government in August, met the pope on the evening of November 6.

The Vatican gave no details of the meeting but at a breakfast with a few reporters the next day, Annan was asked if he agreed with those who say the pope’s use of the word Rohingya while he is in Myanmar could be “incendiary”.

“They are right,” Annan said.

Annan gave the pope a copy of his 63-page report, which does not use Rohingya but refers only to “Muslims in Rakhine State”.

“[The word] is so emotional,” he said. Asked if he believed that message had been conveyed to the Vatican, Annan nodded. Lakhdar Brahimi, a former Algerian foreign minister and U.N. conflict mediator called the report “quite substantial”.

‘Little left besides their name’

Human rights groups hope the pope does not pull his punches in Myanmar.

“The Rohingya have little left besides their group name after years of statelessness, discriminatory restrictions on movement and access to life-sustaining services, and being targeted by a military subjecting them to ethnic cleansing and atrocities,” said Phil Robertson, deputy director for Human Rights Watch in Asia.

“The Pope absolutely should stand up for the Rohingya by using the name Rohingya,” he said in an email.

Myanmar has denied U.N. accusations of ethnic cleansing. The government says the clearance operation in Rakhine State was necessary for national security after Rohingya militants attacked 30 security posts and an army base in August.

Asked if the pope should say Rohingya, Laura Haigh, London-based Myanmar expert for Amnesty International, said: “International law recognizes the right of a group to self-identify. It comes down to a principled stand.”

Father Bernardo Cervelera, head of the Catholic news agency AsiaNews, said the pope should follow the local Church’s advice in the country, which has some 700,000 Catholics in a population of more than 51 million that is mostly Buddhist.

“Both the Church there and Aung San Suu Kyi are in a delicate position and I think the pope knows that,” he said.

In 2015, Pope Francis angered Turkey when he used the word “genocide” to describe the World War One mass killings of Armenians by Ottoman Turks.

The Turkish government, which denies that the deaths constituted a genocide, recalled its ambassador to the Vatican in protest.