Google Distinguished Engineer, Parthasarathy (Partha) Ranganathan, will serve as the Director of the OCP Board.

AUSTIN, Texas, May 12, 2020 (GLOBE NEWSWIRE) — The Open Compute Project Foundation (OCP), a collaborative community focused on redesigning hardware technology to efficiently support the growing demands on compute infrastructure, announces today that Google is now an Executive Member and will hold a seat on its Board of Directors. Parthasarathy (Partha) Ranganathan will serve as the Director.

“Google has been very active in the OCP Community in recent years, and we are excited that it is expanding its participation and the potential for great technology collaboration,” states Rocky Bullock, CEO for the Open Compute Project Foundation.

“Google’s new board participation further represents how fundamental open hardware continues to be within the industry, and the only way we’ll continue to drive innovation within the industry is together,” comments Mark Roenigk, Chair of the Board of Directors for the Open Compute Project Foundation. 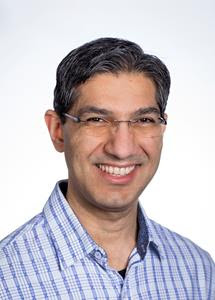 The Open Compute Project Foundation (OCP) also announces today the selection of Kushagra Vaid to serve on its Board of Directors representing Microsoft.

“Open standards for system and hardware design are essential to meet modern compute requirements,” adds Partha Ranganathan, Distinguished Engineer at Google. “We look forward to extending our involvement with the OCP Community to help drive greater choice and agility for the industry.”

About Dr. Partha Ranganathan
Partha Ranganathan is a distinguished engineer at Google, where he designs the company’s next-generation systems. Before this, he was a HP Fellow and Chief Technologist at Hewlett Packard Labs where he led their research on systems and data centers. He has worked on several interdisciplinary systems projects with broad impact on both academia and industry, including widely-used innovations in energy-aware user interfaces, heterogeneous multi-cores, power-efficient servers, accelerators, and disaggregated and data-centric data centers.

Dr. Ranganathan is a co-inventor on more than 100 patents, and has also published extensively, including several award-winning papers. He has been named a top-15 enterprise technology rock star by Business Insider and one of the world’s top young innovators by MIT Tech Review. He received his B. Tech degree from the Indian Institute of Technology, Madras (where he was named a distinguished alumnus last year) and his M.S. and Ph.D. from Rice University, Houston. He is also a Fellow of the IEEE and ACM.

The Open Compute Project Foundation (OCP) also announces today the selection of Kushagra Vaid to serve on the Board of Directors representing Microsoft. Mr. Vaid replaces Mike Neil, who has served over the past year. Mr. Vaid has been actively engaged with OCP since 2014 and previously served on the OCP Incubation Committee for several years.

“OCP would like to thank Mike Neil for his service as a member of the Board of Directors as we successfully worked through both key opportunities and key challenges over the past year,” states Rocky Bullock, CEO of the Open Compute Project Foundation. “Mike’s active participation was appreciated by all.”

About Kushagra Vaid
Kushagra Vaid is GM and Distinguished Engineer in Microsoft’s Azure Division, and is responsible for the architecture and design for cloud hardware infrastructure hosting Azure’s global scale services. Kushagra has been instrumental in driving Microsoft’s success as a leading hyperscale public cloud operator and is a recognized industry leader on infrastructure innovation and Open Source hardware. In this role, Kushagra also works closely with industry executives, VC firms and startups to shape the future of cloud infrastructure and is an influential change agent driving innovative disruption for new technologies and business models.

Kushagra is a strategic advisor to the Global Semiconductor Alliance (GSA) and also to several infrastructure startups. He is a sought after keynote speaker at top tier conferences and industry events.

Prior to joining Microsoft in 2007, Kushagra was a Principal Engineer at Intel where his responsibilities included technology strategy, architecture and design for Intel’s Enterprise and Cloud CPU/Platforms. He has published over 25+ research papers in international conferences, and is also the holder of 30+ patents in computer architecture and systems design.

This news comes during the 2020 OCP Virtual Summit taking place May 12-15. This year’s Summit will be an interactive virtual experience for collaboration focusing on solutions for the growing demands of compute infrastructure. The 4-day event includes, keynote sessions, executive tracks, a Virtual Expo Hall with Expo Hall talks, Engineering Workshops and the OCP Experience Center. Click here to register. Registration is free for all attendees and the full schedule can be found here.

About Open Compute Project Foundation (OCP)
The Open Compute Project Foundation (OCP) was initiated in 2011 with a mission to apply the benefits of open source and open collaboration to hardware and rapidly increase the pace of innovation in, near and around the data center’s networking equipment, general purpose and GPU servers, storage devices and appliances, and scalable rack designs. OCP’s collaboration model is being applied beyond the data center, helping to advance the telecom industry & EDGE infrastructure. www.opencompute.org

Find out more about how to participate in the OCP Community at: http://opencompute.org/participate

Photos accompanying this announcement are available at: