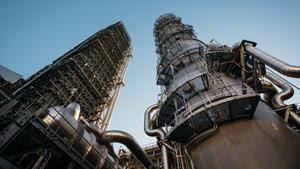 The following commentary by Corwyn Bruce, P.Eng. is a statement on behalf of the International CCS Knowledge Centre.

Define success. If it’s consistently capturing 90 percent of the CO2, I’d say, they made it.

REGINA, Saskatchewan, Sept. 02, 2020 (GLOBE NEWSWIRE) — With the focus on the impact of oil prices on the Petra Nova decision to suspend its carbon capture and storage (CCS) operations, I want to bring to the forefront a focus on its operational success.

Quiet assessments found through sound technical reviews can often lack the acknowledgement deserved in innovation, retooling, and optimization. This is the case with the CCS facility at Petra Nova (a joint initiative by NRG & JX Nippon). Some commentaries on the facility say there was a lot of down time in the first three years; however, if you take it from someone who’s been there, I can tell you this project deserves celebration.

I have the opportunity to offer a unique perspective having been part of the engineering team that designed and built the carbon capture system at SaskPower’s Boundary Dam 3 CCS Facility (BD3) –  where by integrating it with a coal-fired power plant, it became the first in the world of this nature. I also have the privilege of not only continuing to advise on the optimization of that plant, but to lead a team at the International CCS Knowledge Centre in sharing the lessons learned around the world to support the deployment of next generation CCS facilities and to help meet global climate targets.

While it is important to understand that there may be external impeding factors –  such as market forces, electricity prices, and price of oil, that have impacted the decision to place Petra Nova in a reserve shutdown status – as experts in carbon capture, I want underscore the viability of the technology and why it works.

THIS PLANT IS DESIGNED TO MEET ITS GOALS. AND IT DOES.

The great news is that Petra Nova logs-in with a 92.4% capture efficiency (Petra Nova’s final technical reporti submitted to US Department of Energy) which not only surpasses its 90% target, but points to the plant’s long-term reliability for the capture process. The CCS facility operates well and has overcome many of the risk items that have proven to be a challenge in other installations.

As a matter of fact, Petra Nova’s capture facility is tight to its performance metrics even exceeding them in positive ways. So, the plant does what it was set out to do and then some. In addition to the higher than expected capture rate, salient points include: lower power consumption and steam requirements than anticipated; CO2 purity beyond the 99% required; and a volatile organic compound (VOC) emissions rate at 2.8 tonnes per year – which surpasses the Rules in Title 30, of the Texas Administrative Code for the National Ambient Air Quality Standards for ozone.ii

Furthermore, the amine consumption meets its specifications. The amine chemicals used in solvent-based capture systems are prone to breaking down and losing their ability to complete the chemical reactions that separate the CO2 from the flue gas stream.  This would be evidenced by declining capture rates, higher chemical replacement, and increased maintenance costs.  The carbon capture facility at Petra Nova doesn’t report an issue with amine consumption being higher than anticipated.

Part of our learning curve at BD3 was to master the unforeseen that stems from being a first-out-of-the-gate project. We were able to improve safety and improve reliability, allowing focus to shift to increasing the capacity and reducing the cost of running the facility. It appears at Petra Nova; however, the overall output of the plant is fine – better than fine. So, when it is up and operating it can consistently hit or exceed its targets. Sharing valuable learnings is part of what we’ve been able to offer to Petra Nova – it is important to mark the successes and continue to see that CCS facility in operation.

Like the experience at BD3, the availability of Petra Nova’s capture facility shows a steady improvement over a trajectory of time. When we are talking about a CCS plant – performance, availability, and reliability are all part of that conversation. More often than not, and as we have seen at both Petra Nova and BD3, the amount of CO2 captured isn’t a necessary indicator of the capture facility’s reliability. In fact, downtime has been shown to be related to many non-capture plant issues. Let’s not forget when in 2018 the Boundary Dam power station got hit by a severe storm or when Hurricane Harvey caused Petra Nova to have downtime.

Upon examining the technical data, the carbon capture process was only responsible for a minor portion of the days of outages of the plant. In 2017, Petra Nova’s first year of operation, – similar to any new project requiring boot-up time to adjust the operations – the capture process was responsible for 41 days of total lost time (in full day equivalents). In 2018, that reduced to 34 days; and in 2019, it was reduced again to 29 days. So, for a second in the world and first at this scale, 29 days out of 365 equates to a 92-93% availability – which after only three years of running – is a great thing! Especially, considering that equipment in this scale of plant often requires long lead times due to its large size and specialized nature, which can add to the time to make any changes.

The remaining outages at Petra Nova were related to other factors, specifically, the cogeneration facility, the coal unit, the oil field, and the weather. It is important not to confuse the reliability of the CO2 capture plant with that of a cogeneration plant, which provides the steam to run the process.

Comparatively, for the month of July, BD3 records show that the CCS facility was online 99.8% of the month, coming offline for 1.5 hours when a booster fan temporarily stopped due to water cooling issues.iii During July, the facility captured 75,503 tonnes of CO2 with an average daily capture rate (when the plant was online) recorded at 2,435 tonnes per day, with a peak one-day capture rate of 2,627 tonnes.

There is vital role for pioneering projects such as BD3 and Petra Nova; they offer a platform for substantial improvements in the next round. As noted in the report on second generation CCS, the Shand CCS Feasibility Studyiv experience points to adaptations in design to see performance improvements right off the hop.

In further reviewing Petra Nova’s technical report, we could identify with familiar challenges as they closely mirrored our experience at BD3.  Many of the things that appeared as issues, and then were subsequently dealt with, had also been dealt with at BD3. This is important learnings that we’d like to offer and see applied to new plants because these preventive steps will increase assurance and reduce costs and risks.

It is important to note that the reported reliability issues that were consistent at both plants were all mechanical issues (not chemistry). Reliability of mechanical equipment in any industrial facility typically follows this same maturity curve. This is great news because mechanical issues are solvable, and they, in fact, have been solved along the way. This has built both the depth in our experience and understanding as well as informing our next iterations in design. Working with anyone who wants to build a CCS plant, these are the things we can ensure are not repeated.

For example, downtime can be majorly shortened with redundancy. Until CCS has more iterations globally to gain more knowledge, some redundancies will be smart considerations. One redundancy of note was the reliability of plate and frame heat exchangers, which at both Petra Nova and BD3, contributed to performance degradation and downtime. At BD3 this was largely remedied by 2018.

Another example of a reliability issue common to both CCS plants was the development of scaling on the back of booster fan blades. This scaling caused vibrations and ultimately a shutdown in operations for cleaning. Since the resolution at BD3, we have been consulted and have advised Petra Nova and other clients on a solution that is easy and inexpensive to fix.

A third example was issues with the CO2 compressor intercoolers with a mismatch in the compatibility of materials. Although manifesting differently, both Petra Nova and BD3 had issues with the materials of construction for the CO2 compressor intercoolers. This highlights the value of hands-on experience and the essential knowledge gained that we have to offer clients in understanding the proper and robust materials for next builds.

The consistency in the redundancy and reliability issues point out three important tendencies: 1) experience shows the necessity of working through first generation technology; 2) success and adaptations demonstrate that reliability improves over time; and, 3) we now know how to resolve issues and continue to learn – leaping advancements in carbon capture for second generation.

The suspension of operations at Petra Nova means emissions are now being vented into the atmosphere while the capture plant sits idle. There is a meaningful role for CCS in the power sector (responsible for 32% global CO2 emissions).v  To limit global warming to 1.5°C, large-scale, emissions-intensive, industrial and power generation processes must be significantly decarbonized. CCS can do this.

It is mind boggling from a scientific/engineering perspective that there is yet to be a resounding ‘yes’ in the uptake of new CCS facilities and the continued operations of existing ones when the technology is a demonstrated success and advancing rapidly for easy deployment with reduced risk and costs.

Corwyn Bruce the Vice-President, Project Development and Advisory Services for the International CCS Knowledge Centre, with hands-on expertise in working on the BD3 CCS facility and is the lead author of the Shand CCS Feasibility Study.

About the International CCS Knowledge Centre (Knowledge Centre): with a mandate to advance the global understanding and deployment of large-scale CCS to reduce global GHG emissions, the Knowledge Centre provides the know-how to implement large-scale CCS projects as well as CCS optimization through the base learnings from both the fully-integrated Boundary Dam 3 CCS Facility and the comprehensive second-generation CCS study, known as the Shand Study. Operating since 2016 under the direction of an independent board, the Knowledge Centre was established by BHP and SaskPower. For more info: https://ccsknowledge.com/

A photo accompanying this announcement is available at https://www.globenewswire.com/NewsRoom/AttachmentNg/9fb5e6d2-cd7e-42f3-8534-9a8c500efca0