Yiwu, China, June 20, 2019 (GLOBE NEWSWIRE) –Alibaba Group has entered into a strategic collaboration with the municipal government of Yiwu, Zhejiang Province, China to launch an eWTP hub in Yiwu to digitize trade infrastructure and empower new trade flows for the city, which is the world’s largest wholesale market. 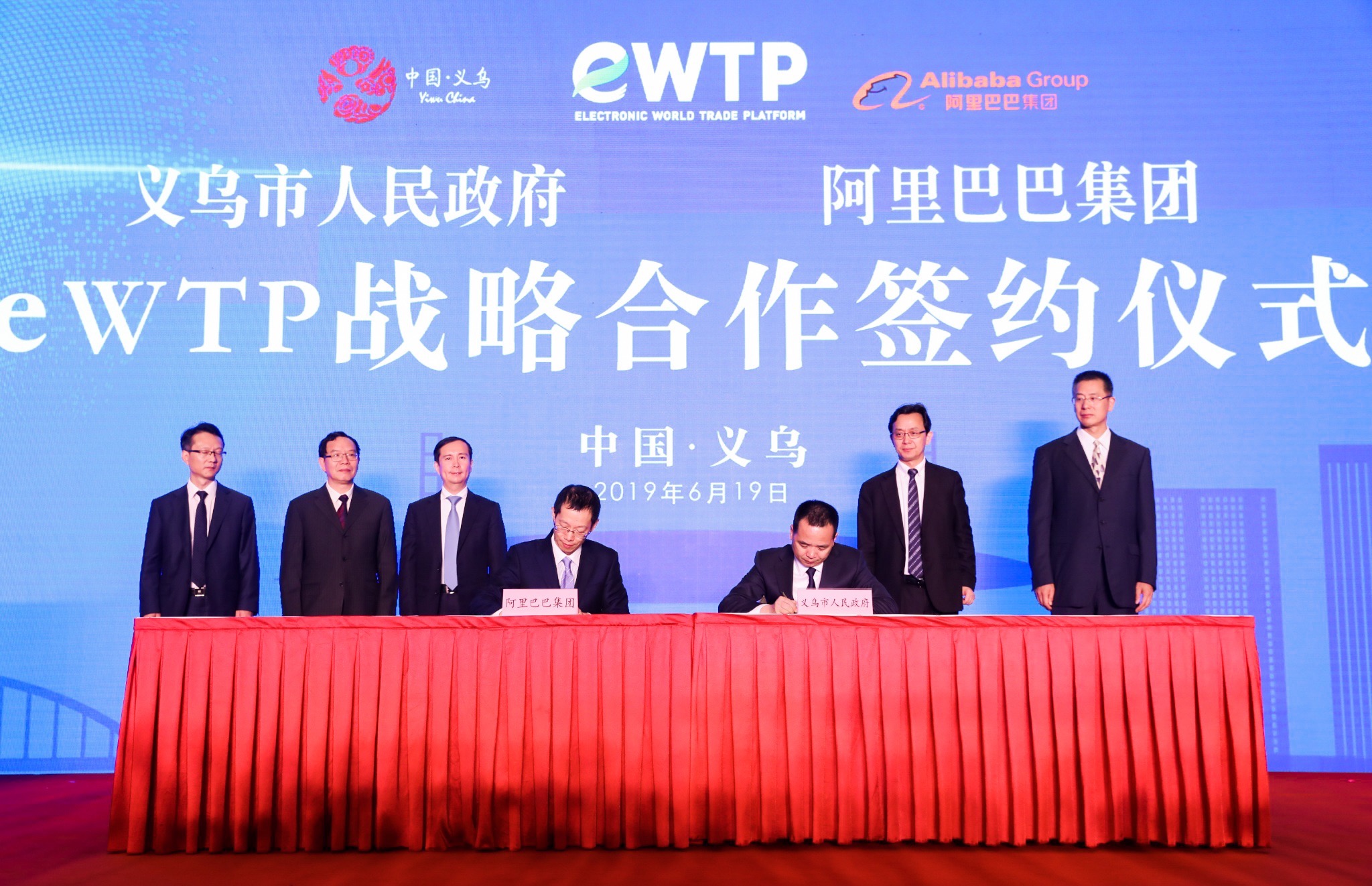 The eWTP hub, called the Yiwu eWTP Pilot Area, will build on the success of the eWTP hub established in October 2017 in Hangzhou, the capital of China’s Zhejiang Province. With the support of the Zhejiang Provincial Government and experience from the Hangzhou eWTP hub, the Yiwu eWTP hub will use technology to promote innovation in trade and trade finance, establish a smart logistics hub and create greater inclusivity for businesses in Yiwu.

“Alibaba Group and Yiwu both have a long history of enabling small businesses to participate in global trade. While Yiwu brings together buyers from around the world, Alibaba’s platforms also bring together millions of merchants and hundreds of millions of consumers. The synergy of the two ecosystems will create value for our communities of users,” said Daniel Zhang, CEO of Alibaba Group, at the launch ceremony of the Yiwu eWTP Pilot Area.

The Yiwu eWTP Pilot Area is the fifth eWTP hub under the global eWTP initiative following eWTP’s launch in Malaysia in March 2017. Since then, the eWTP project has launched hubs in Hangzhou (China), Belgium and Rwanda, respectively, establishing a presence on three continents.

Yiwu, in central Zhejiang Province, is the world’s largest wholesale market for daily commodities, attracting more than 500,000 buyers from around the world every year. Yiwu exports goods to more than 200 countries and regions, and a majority of the 450,000 merchants in Yiwu are micro-, small- or medium-sized enterprises, a group Alibaba serves through its e-commerce platforms and other digital services.

Initiated in 2016 by Jack Ma, founder and executive chairman of Alibaba Group, the eWTP is a private sector-led, multi-stakeholder initiative that facilitates public-private dialogue to share best practices, incubate new trade rules and foster a more-integrated and inclusive policy and business environment to promote the development of e-commerce, trade and the digital economy. The concept of eWTP was accepted as a major policy recommendation of the Business 20 (B20) and officially included in the 2016 G20 Leaders’ Communique.

Alibaba Group’s mission is to make it easy to do business anywhere. The company aims to build the future infrastructure of commerce.

1 Alibaba Group was the largest retail commerce business in the world in terms of GMV in the twelve months ended March 31, 2019, according to Analysys.